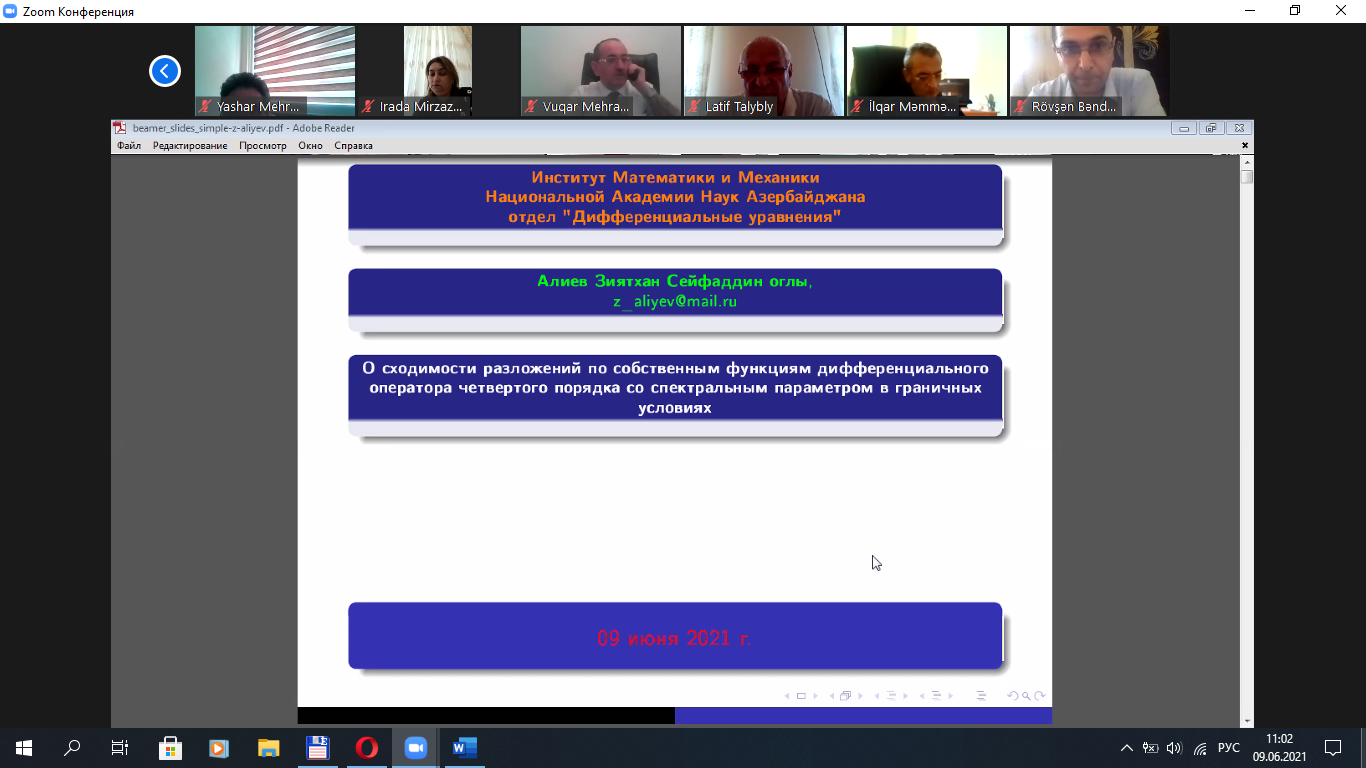 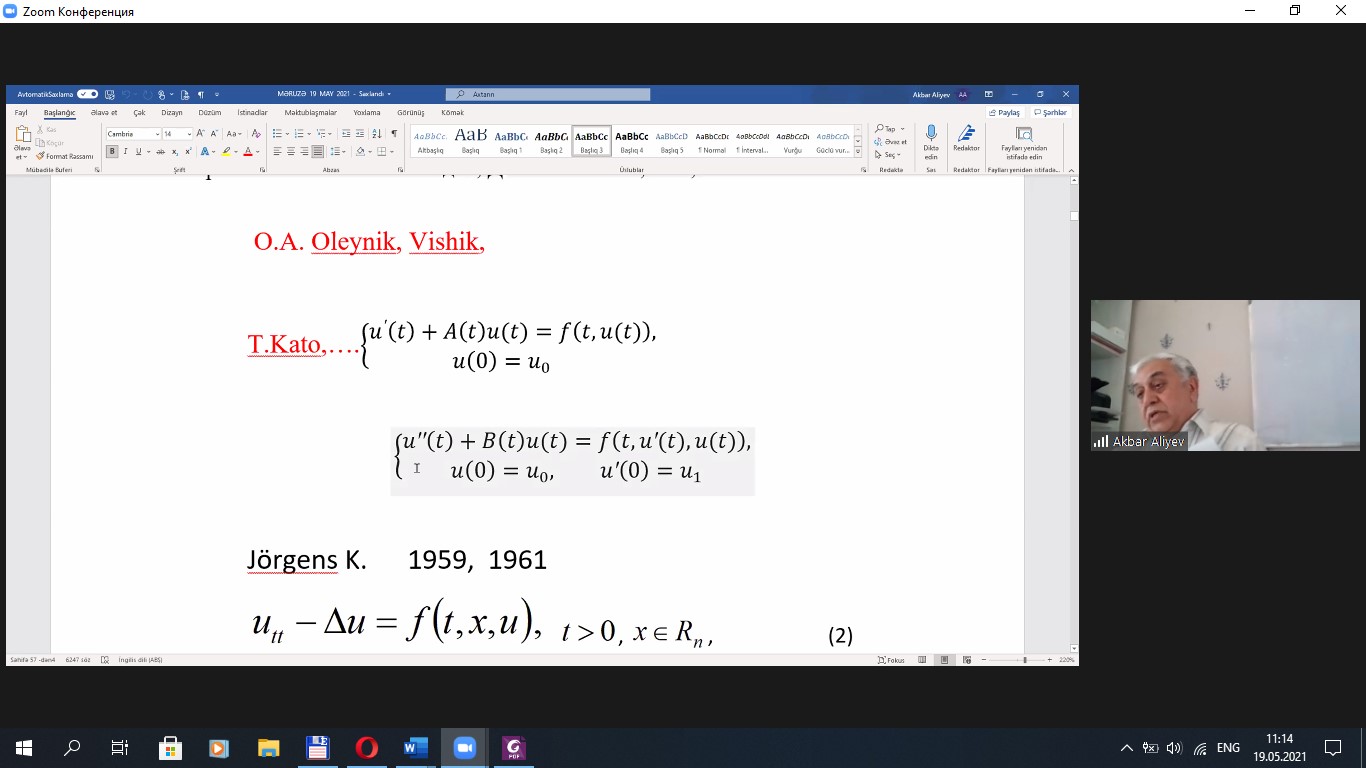 On June 23, 2021, 11.00 a.m., in the weekly Wednesday seminar the chair of the Department of “Function Theory” Vugar Ismailov will give a talk on the topic The Diliberto-Straus algorithm for the approximation by a sum of algebras. The talk will address the problem of approximation of a continuous function on a compact Hausdorff […]

16.06.2021 at the wide-seminar of Institute of the IMM of ANAS the chief researcher of the Department “Function theory” Rashid Aliev made a presentation on the theme “Smoothness problem in representation by sums of ridge functions” In his report, R.Aliev gave detailed information about ridge functions and approximations of functions of many variables by ridge […]

On 16 June 2021, at 11:00 at the wide-seminar of the Institute of Mathematics and Mechanics of ANAS the chief researcher of the Department “Function theory” Rashid Aliev, will speak on the theme “Smoothness problem in representation by sums of ridge functions”. The approximation of functions of many variables by ridge functions has many applications […]

The “Musical heritage and Karabakh horses on the Jidir Duzu plain” composition organized by the Heydar Aliyev Foundation has been presented in Shusha. According to AZERTAC, President of the Republic of Azerbaijan Ilham Aliyev, First Lady Mehriban Aliyeva and President of the Republic of Turkey Recep Tayyip Erdogan, First Lady Emine Erdogan viewed the musical composition. […]

An official welcome ceremony has been held for President of the Republic of Turkey Recep Tayyip Erdogan, who arrived in Azerbaijan for an official visit, in Shusha. A guard of honor was arranged for the Turkish President in the square decorated with the national flags of the two countries. President of Azerbaijan Ilham Aliyev and […]